Blog - Latest News
You are here: Home / bye bye carpet, hello dash and albert runner
The carpeting on my stairs was a mess. Stained, dirty, gross. I have always wanted to get rid of the carpeting and put in a cool runner but was a bit afraid of tackling the project on my own.
So I found a great contractor who came in, ripped off the carpeting, sanded, sanded, sanded, and sanded the stairs down, stained the plywood and painted the risers, then installed the dash and albert runner I picked out. 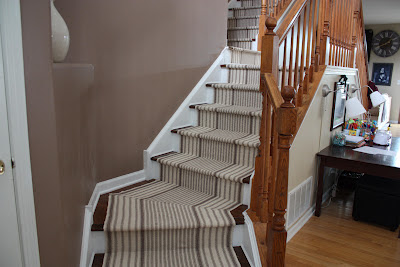 I love it! So happy.
Here is where we started: 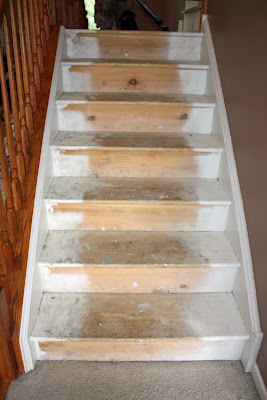 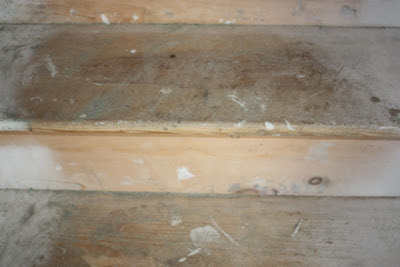 The stairs under the carpeting were in terrible shape. I knew they weren't going to be pretty which is one of the reasons why I decided to put in a runner instead of leaving them barewood. Also, I have 3 rowdy young boys who are up and down these stairs all day and without the runner the stairs were slick. Really slick. I actually slipped and fell on them. 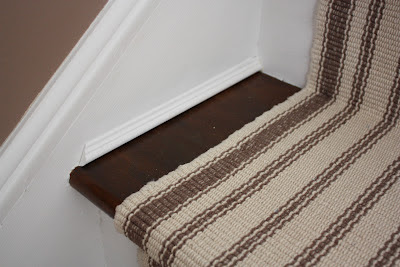 We installed a small piece of moulding on the edge of the stairs to pretty it up a bit.
The landings (shown below) were an ugly particle board that I covered with peel and stick vinyl "wood" flooring. Since they were going to be covered I wasn't all that concerned about it. But I love the vinyl floor and am actually considering putting it in my mudroom now! And at $30 for 24 square feet, you can't go wrong. 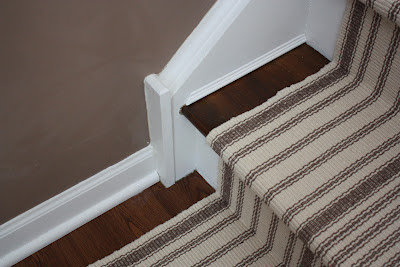 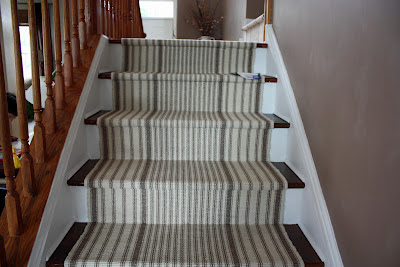 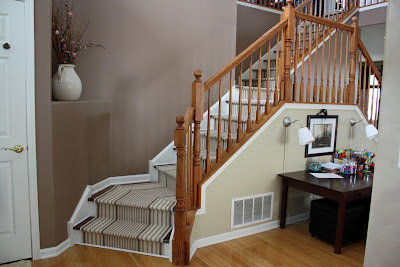 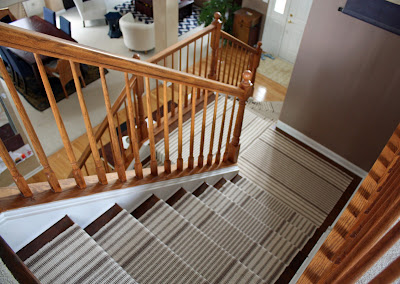 The contractor was able to stuff the upstairs hall carpeting into a gap in the floor so the top bullnose shows. I am very happy with that. Of course I would love hardwood in the upstairs hallway, but that is just another thing on my list.... 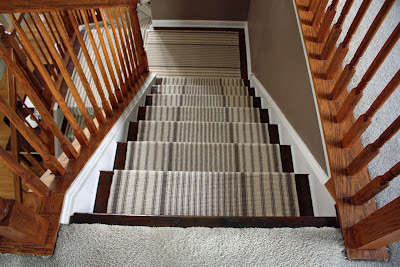 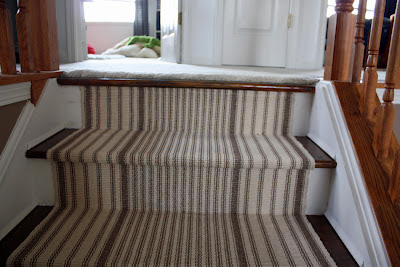 So now I have to deal with the banister. It is a lighter wood which matches my downstairs floors. But of course now my stairs are a darker wood. Originally I had thought about staining the entire banister, balusters,  everything the darker color, but on second thought I wonder if I should only darken up the newel posts? So it looks like the lighter downstairs flooring and darker stairs were supposed to be that way? Any thoughts? 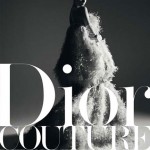 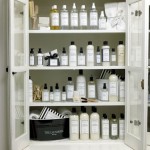