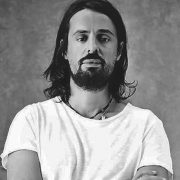 Founded in 1735 by a Florentine aristocrat, Richard Ginori is one of the oldest porcelain manufacturers in Europe. It is easily the most distinguished manifattura of fine porcelain tableware in Italy, meaning that all production takes place under one roof, so quality is very consistent.

For nearly 300 years, it’s been very closely associated with Italy and its history. Its pieces have graced museums, luxury liners, restaurants, luxury hotels, and fine tables around the world. It has made collections for the Vatican and has featured designs by top Italian architects like Gio Ponti and Paola Novane. Gucci’s strategy with Richard Ginori is the same as with its other brands — focus on luxury and bring in fresh, new designs.   Today, Richard Ginori’s creative director is none other than Alessandro Michele, the superhot designer responsible for Gucci’s huge growth in recent years. Having trained with Tom Ford, Alessandro is well known for his idiosyncratic take on chic geek vintage.  His impact at Gucci has been nothing short of spectacular.  The house – which had in recent years languished on the tasteful and straightforward – has now been reinvigorated with a playful sense of style, making it a huge hit with millenials.

At Richard Ginori, Alessandro started by going through Ginori’s historical patterns, all of which are kept in this archival book (some patterns date back almost 280 years) … Then he started to have some fun with Ginori’s traditional themes.  In one collection, he was inspired by how traditional craftsmen would cover imperfections on porcelain pieces by painting insects.  So he supersized the insects and painted Ginori’s best-loved patterns like Galli Rossi and Oriente Italiano on them: This new collection is called the Insetti. Instead of an often-overlooked detail, the insects are now the main attraction, honoring the traditional patterns on their backs. Look closely, and you’ll see that the collection is shown inside shadow boxes at the new Ginori flagship store in Milan: He then took the daintily romantic Italian Pois, reminiscent of a country pattern, and made it chic in black with handpainted polka dots: Some of Alessandro’s new designs are mirroring his fashion statements for Gucci and his love of color.  For example, his Giardino dei Simplici dinnerware, which draws from Gio Ponti’s Labirinto but with richer, lusher colors: Can you see the similarities in this look from Gucci’s Spring 2016 Ready to Wear? And as for this lion on the Giardino dei Semplici vase? Here it is, as a belt buckle, at Gucci: Cartiglio Citrino, in citrine and magenta: Seems right at home with this look from Gucci Fall 2017 Ready to Wear: And finally, our favorite of Alessandro’s new collections is Voliere.  Featuring a selection of twelve different birds, it’s at once traditional and fresh.  Handpainted on white porcelain, it includes a palette of over fifty shades and is detailed with gold edging. Look closely below; here are the details being worked out, in preparation for painting: Inspired by illustrations from the 19th century, the Voliere collection incorporates a palette of more than fifty shades (courtesy Richard Ginori).

And so begins a new chapter in the storied history of Richard Ginori.  This time, we’ll see Gucci’s magic of cutting-edge design and global luxury take it to new heights.

8 Ways to Turn Dining into Art like Thomas Keller 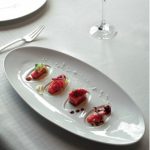 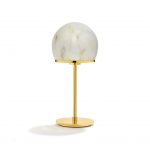 Why You Need A Rock Star At Home: RabLabs’ Anna Rabinowicz
Scroll to top